My nursery decorating ideas for a sea turtle nursery theme were inspired by the graphics on a t-shirt my husband and I picked up as a souvenir on a trip to Cancun.

The shirt has a mural of baby sea turtles making their life-starting hike from shore to the sea and was presented to me by a friend who has since passed away.

Unbeknownst to me she caught me checking it out and purchased it for my birthday a few months later. 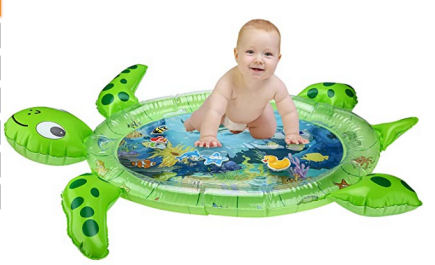 The background of the shirt features the ocean and beach as well as several baby sea turtles making their way from the sand to the sea.


Not many make it because they are picked off by birds the elements and/or confusion. On the back of my shirt, there is one baby in the sea who was successful.

My husband and I took our first, and only, major vacation to Cancun in October. The hotel where we stayed participates in releasing sea turtles into the ocean to nurture and assist the ecosystem to give nature a better chance.

The volunteers search for a nest of sea turtle eggs, protect it and wait for the hatchlings to emerge. The reason that I chose a sea turtle nursery theme is because I find this to be such a heartwarming story and love animals in general. To me, the baby turtles are the underdogs and when they succeed their success is inspiring and fills us with hope.

It was true serendipity, as we had no idea the hotel was involved in the process. It just so happens that we timed our visit perfectly for a nest of turtles were just hatched the third night we were there and we were able to release a couple holding their tiny lives in our hands before releasing them into the ocean.

I took my time releasing my charge into the ocean savoring the moment because it was such a gift to me, surreal and special. My husband stayed with me after everyone else had left and just as my husband turned back to the hotel he found a confused baby that was headed toward the lights of the hotel rather than its proper destination. They are attracted to the bright lights which are unfortunate for them. Fate was with this little one because had I not lingered he would have been missed.

My husband saved the baby and we then made sure that both little ones had now hit the water.


I am 38 years old and almost too old to have a child for the first time. I have had two miscarriages and then four months after the second one I found myself pregnant with this baby girl. Our baby sea turtle nursery is our testimony that life prevails; she's our baby turtle who made it.

The decorating ideas that I have for my baby girl's room are what I call "turtle reef decor" with an earthy sandy color scheme of sea green and aqua blue.

I chose the blue and green turtle nursery crib set which is without a doubt the centerpiece of the room.

I will add a turtle shaped constellation nightlight in addition to her baby mobile, table lamp and wall decor that will feature turtles and other sea creatures.